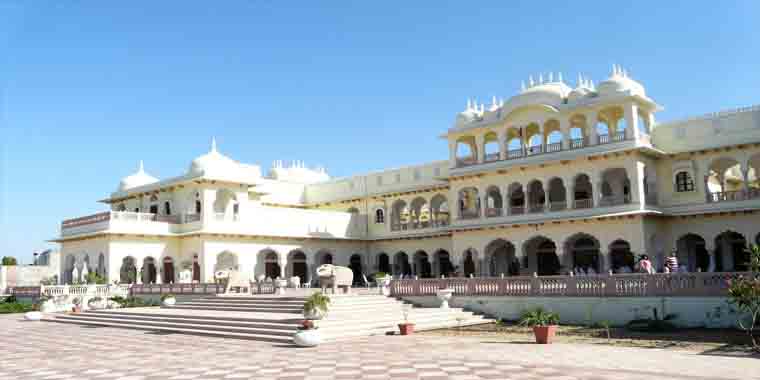 Delhi - Agra - Bharatpur - Delhi a tour which encompasses two of the most popular adventures, exploring the best of human art and wildlife. Taj Mahal Tour with Bharatpur does not only allow you to explore the historical beauty of Agra but also takes to the best of wildlife in Bharapur’s Ghana Bird Sanctuary. The trip starts from National Capital of Delhi and ends at Bharatpur, after capturing the beauty of Taj Mahal in Agra. The entire tour requires two days and one night.

The trip starts from Delhi where our representative will welcome you at the airport or your hotel. Right away drive towards Agra. The way between Delhi and Agra is also full of scenic beauty. You will also get the privilege to visit the Tomb of Emperor Akbar at Sikandara. This tomb is quite popular amongst tourists due to its marvelous architecture, which is a combination of Hindu, Islamic, Jain, Buddhism and Christian style of architecture.

After reaching Agra, you will be taken to a hotel where you can get refreshed for your day’s journey. After breakfast, drive towards the Taj Mahal. Taj Mahal does not need any introduction. It is the same building which is a dream of every tourist visiting India. Locating on the banks of River Yamuna, the majestic building was constructed by Mughal Emperor Shah Jahan in fond memory of his wife Mumtaj Mahal. It was named after her. There are two graves of Shah Jahan and Mumtaj Mahal in the compound of the Taj where the spouses are resting in peace.

Taj Mahal is mainly popular for its hugeness and supreme architecture. It’s virtually impossible to create such a building with such minor art. The building is made of white marble bought from Makrana, a town in Rajasthan state. It is said that it took 25,000 workers to work for long 23 years to build this monument. The emperor cut the hands of the workers to make sure such a building is never recreated. The same happened; after many attempts and spending millions of dollars, no one could create the glory of Taj Mahal. There is one more such building located in Aurangabad, created by Emperor Aurangzeb, son of Shah Jahan who made Taj Mahal. The building is named as Bibi Ka Maqbara. The building looks a replica of Taj, but it cannot hold the beauty that Taj bestows.

After visiting Taj Mahal, you can shop in the streets of Agra to collect souvenirs. Agra is quite popular for handicrafts, especially the smaller Taj Mahal’s made of same marble stone which was used to construct Taj.

Return to your hotel in evening and rest overnight.

Next destination in the trip is Bharatpur, a city located in Indian state of Rajasthan. Despite of being a historical city, Bharatpur is mainly popular for Keoladeo Ghana Bird Sanctuary.

Keoladeo was declared a bird sanctuary in 1971 and a national park in 1982. The park provides shelter to more than 230 species of local and foreign birds. It is best known for the Siberian Crane which travels some thousand miles to reach here. Keoladeo is lush green area which sooths your nerves and watching the birds living in their natural house is once in a lifetime moment.

After visiting the park, return to Delhi for your journey ahead.