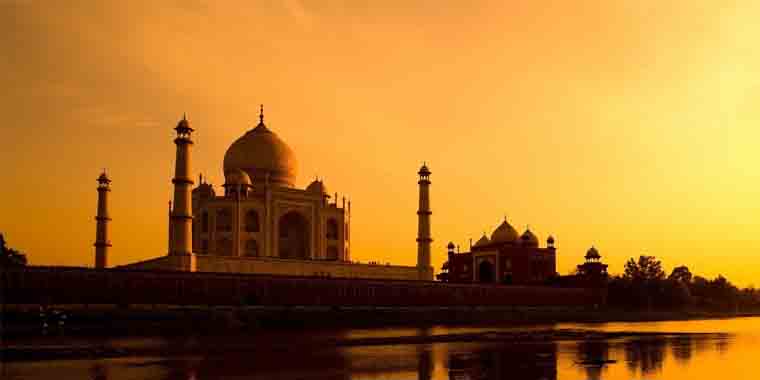 The overnight tour to Agra takes you to the best destinations of the “City of Taj Mahal” in two days and one night. This tour is highly popular considering that you get the opportunity to visit the most remarkable historical monuments without spending much time.

Start your journey from the national capital of Delhi where our representative will be available to welcome you. Drive towards Agra and reach Agra early in the morning. The 204km drive will not take more than four hours. There are many scenic attractions throughout the way, which will keep you refreshed during your journey. One of those is the Sikandara Monument, the tomb of Emperor Akbar. The monument is highly popular amongst the followers of all religions due to a fusion of Hindu, Christian, Islamic, Buddhist and Jain motifs.

After reaching Agra, you will be taken to a hotel. Fresh up and have a delicious lunch in the hotel, and start your journey ahead.

First destination would be Taj Mahal, indeed. There is no need to describe the beauty and significance of this monument as it has been already told everywhere. Taj Mahal, the symbol of love, is counted amongst the “Seven Wonders of the World”. The title given to this building seems very justifying once you reach there. Built with white marble and the art of champion artisans will take you to some another world. The beauty of Taj Mahal cannot be described in words. It can be just felt, by being here.

Taj Mahal is located on the banks of River Yamuna, and was built by Emperor Shah Jahan for her beloved wife Mumtaj Mahal. The kind of excellence carved in every brick is just replaceable, and it is said that it’s impossible to create such a remarkable building again. In fact, several people tried doing so, but the beauty of Taj could not be recreated. Perhaps this is the reason why Shah Jahan cut the hands of the people who made this, to make sure this cannot be repeated.

Next destination in the trip is Agra Fort and tomb of It-mad-Daula, also known as The Baby Taj. Agra Fort is known for its stone carvings and has captured the ambience and glory of Mughal Empire. Entering this mesmerizing fort, you will see innumerable palaces, halls, gardens etc. Agra is as much popular for its markets as for its historical monuments. Wandering through the streets and collecting the souvenirs is once in a lifetime moment. Buying the marble Taj Mahal is something that every tourist does here. After doing so, return to your hotel and have a delicious Mughalai dinner.

Next day, the first destination to catch is Fatehpur Sikri, a town located some 37km from Agra. The town is counted amongst the “World Heritage Sites” by UNESCO. This city is also known as the “Desert Capital of Mughal Dynasty” as it served as a capital of Mughal Empire for several years before it was shifted to Lahore.

From Fatehpur Sikri, drive back to Delhi for your flight back home.